Description:
The third game in the popular series Assassin’s Creed. Become the legendary assassin of Ezio to continue the battle against the mighty Order of the Templars. This time, to defeat the enemy in the heart, he must go to the greatest city of Italy – Rome, the center of power, greed and vice. To defeat the corrupt tyrants that have become entrenched in it, it will take not only strength, but also the ability to lead others along. After all, now under the command of Ezio the whole Brotherhood has risen. Only by working together, assassins will be able to defeat their mortal enemies. For the first time in the history of the series, multiplayer mode is entered into the game. He will allow you to choose one of the unique characters, each of which owns his special weapons and techniques of murder, and to battle with other players around the world. It’s time to join the Brotherhood!

Game features:
* Powerful multiplayer with a lot of game modes and a variety of characters.
* More than 15 hours of solitary campaign in the vast, living his life Rome.
* Interaction with such historical personalities as Leonardo da Vinci, Niccolo Machiavelli and Caterina Sforza.
* Ability to set traps for enemies.
* Encourage the inhabitants of Rome to cross over to your side, thereby opening up new missions and assignments. 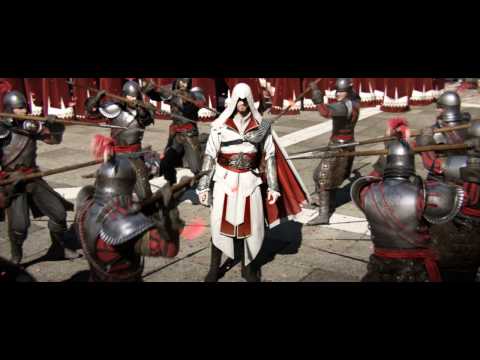